This is a follow up to the plugin Prefab and Variant Generation if you have not done this, please make sure to read that lesson first. You will generate your mobs from the items created in that process. Using our example of the dogs, we will create a mob object element 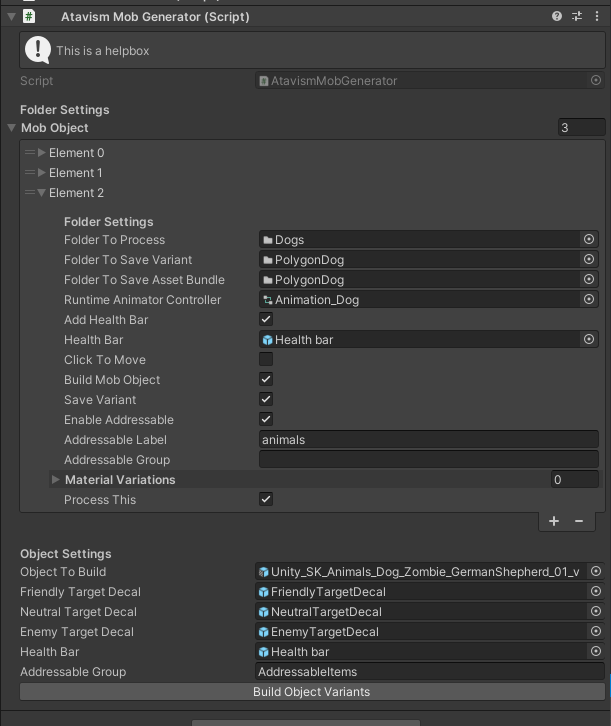 This is the individual item that is being built, and is used in the processing of the sections.

These are the friendly, neutral and enemy decal items that go on the models.

The health bar, if used, that will be attached to the model in game, above it’s head. There is a specific mob override for boss mobs.

The group that this mob will be part of, there is an override for item specific groups.

The address label that will be added to this item.

This is the folder to process for the mobs, each mob in this folder will be loaded and then processed through the system. These will be the items that will be used in all outputs and groups.

The mobs variant folder and the resource folder. We use variants in the mob output to ensure that we can change any portion of this without modifying the root objects.

This will allow adding the health bar above the objects head.

Add the click to move target option to the mob.

This toggle allows you to enable building of the mob object. It will process every item but will not export the object.

This toggle allows you to enable building of the variant object. It will process every item but will not export the object.

This toggle allows you to enable building of the addressable object. It will process every item but will not export the object and mark it as an addressable.

Similar to the process in the Variant maker, this will make multiple versions of your items based on the materials. Do not do this if you already did it in the other system.

Allows you to configure and not run a rebuild of your game objects. This is in case you make a mistake and need to rebuild the game objects. 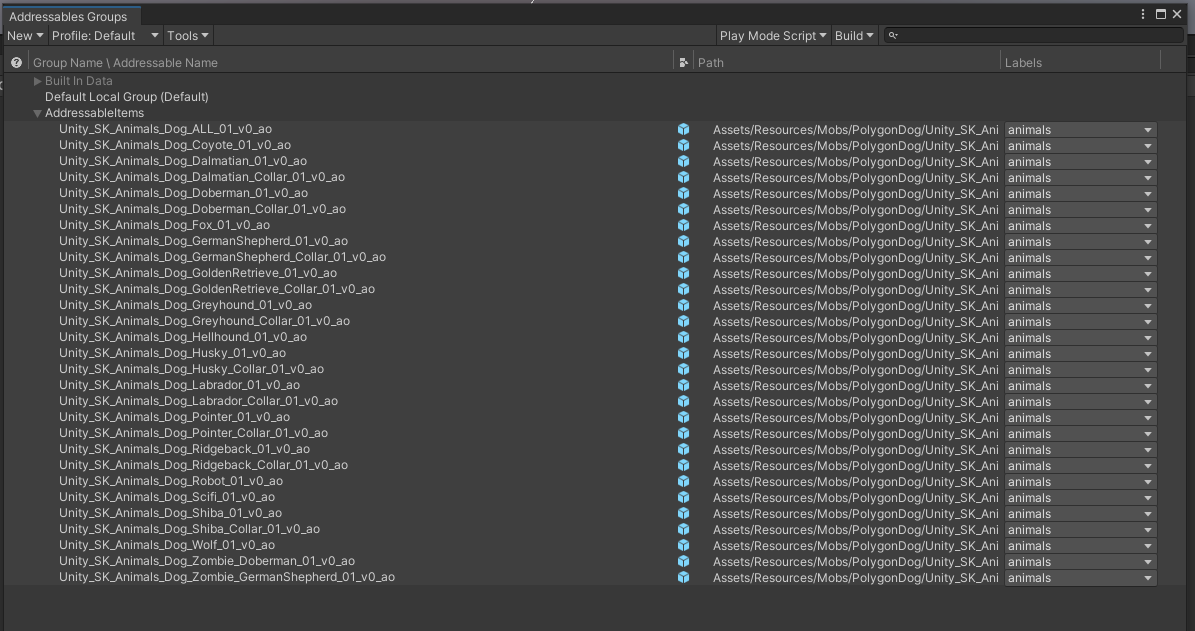 The mob system supports building the Asset bundles or the Addressables. When configured with addressable support you can configure the group name by default and then by the specific groups you are creating. You can also add a label to the items during creation time. 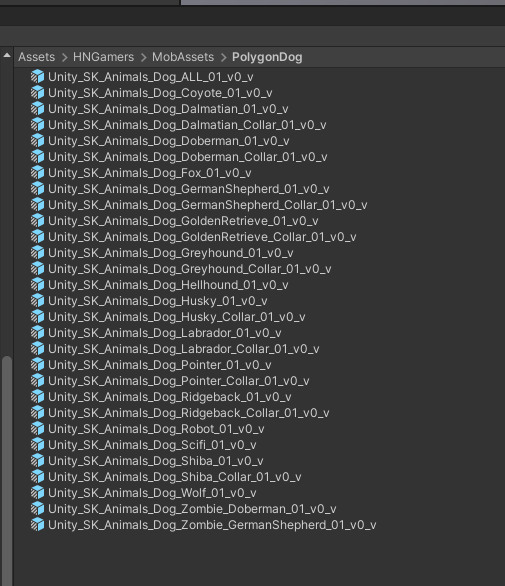 The system names the variants with a V so that you can tell these are a variant. 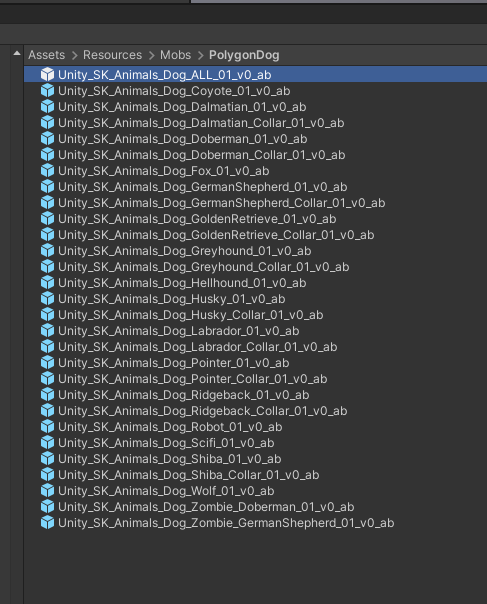 Mob resources are either marked with an ab asset bundle items or an ao for addressable objects.

This site uses Akismet to reduce spam. Learn how your comment data is processed.