The included Enviro, while it works, is a slightly older version and should be updated to take advantage of all of the new features and bugfixes they have found.  The current version as of this tutorial is V 2.4.2 and the included version is v 2.3.1. The version that is included is also the free lite version and does not support the Standard Instance type.

The supported features for the two versions are similar, but Standard supports more functionality as shown here in these two example screens. 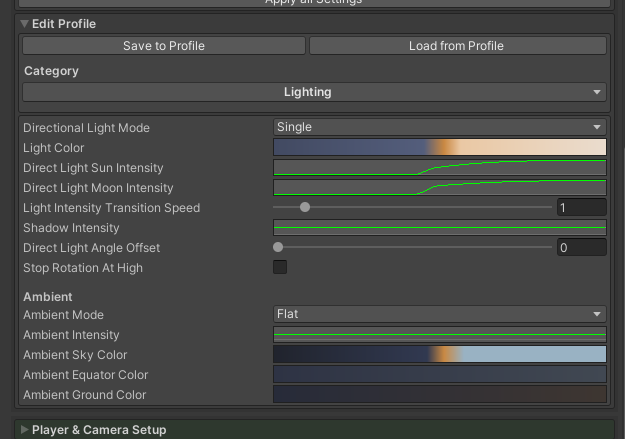 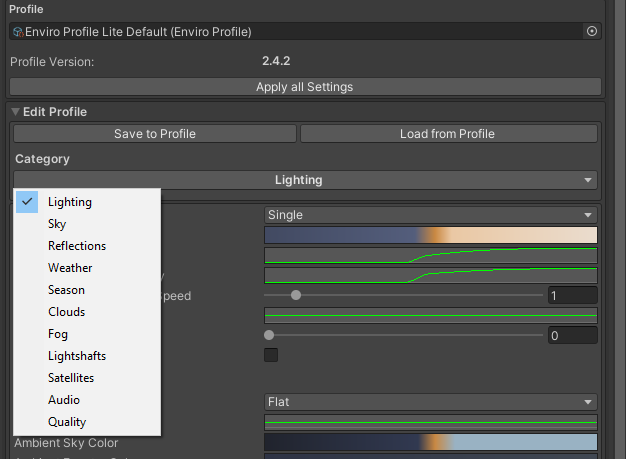 Standard allows you to gain access to several items that the Lite does not. If you want to customize anything in your profile, you will need to get the Standard version. 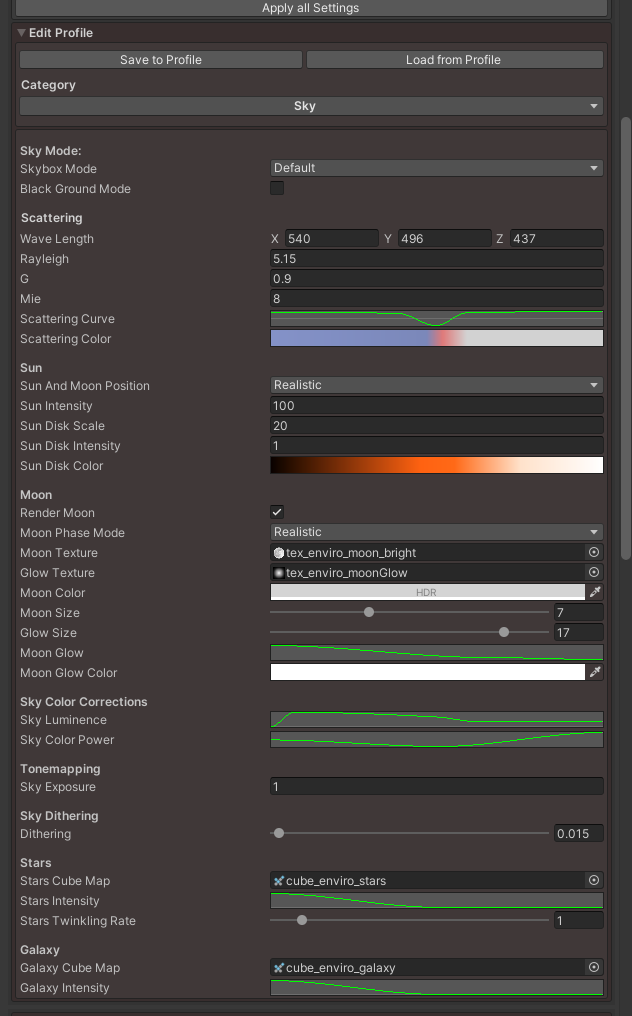 You have access to more functionality within the Standard version. 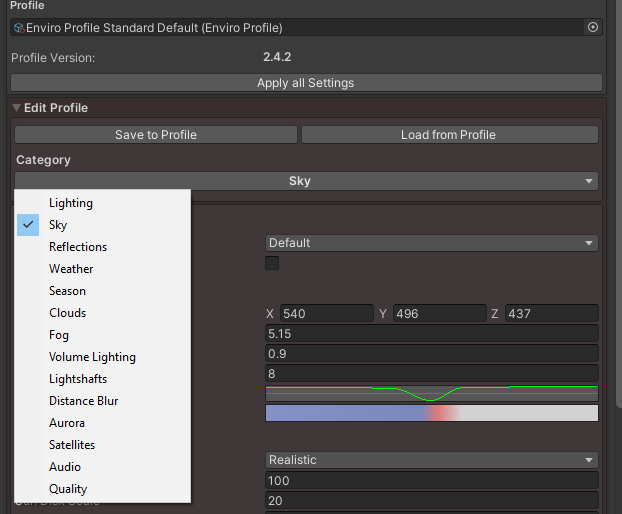 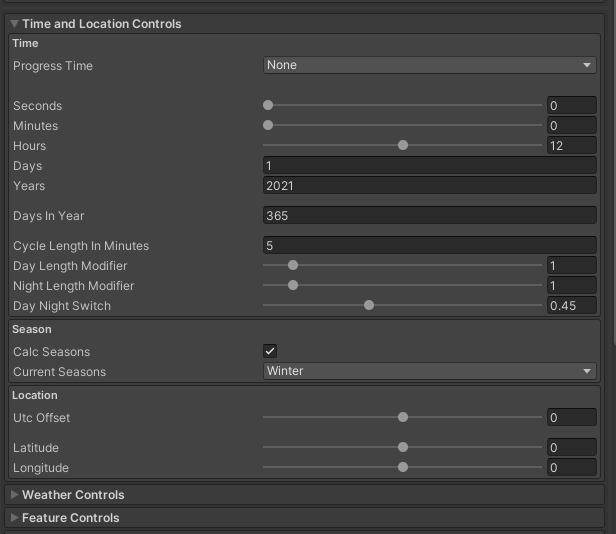 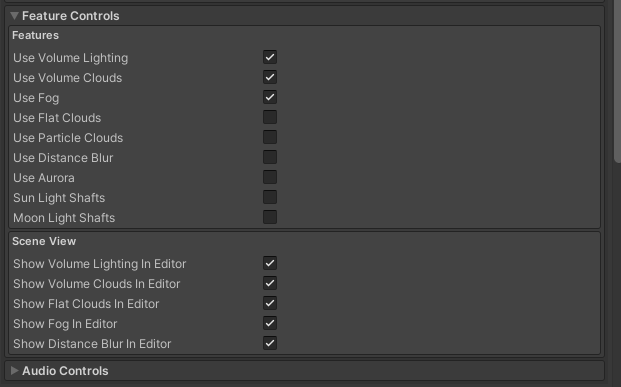